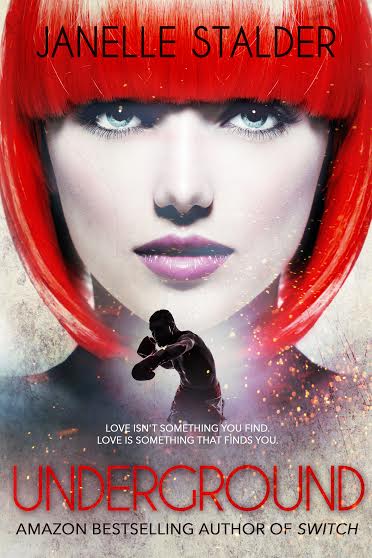 UNDERGROUND:
Love isn’t something you find.
Love is something that finds you.

Phoenix has spent her whole life fighting. All she’s ever wanted was to return the world to a peaceful state, and bring down the New World Order. But now she finds herself in a different sort of battle. No longer set in the streets of New Berlin, the fighting has moved beneath them, in a vicious underground fighting ring run by outlaws bent on causing trouble. And if that isn’t hard enough, she’s stuck with the one person who loves to fight more than she does – Trent McKay. Now the race is on to get out of their new prison and back home – before they end up killing each other.

Or worse – fall in love. 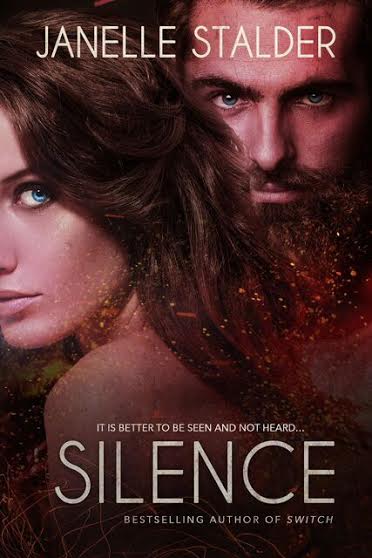 SILENCE:
It is better to be seen and not heard…

A firm believer of observing and listening rather than adding to the noise surrounding her, Pixie has always been the quiet one out of the Archers. Her intelligence and quiet confidence makes her the perfect choice to join Garrett, Tyler and Missy on their mission to get their friends back. But when she enters the underground network run by Sebastian Black, she suddenly finds her voice. Bastian rattles her like no other, breaking her silence. He sees and hears her more than anyone has in her entire life. But how can she trust a man like him? Now it’s a battle of wills, between what her head tells her, and what her heart insists.

These books demand to be devoured and boy did i feast

Pissed because there werent more pages, elated because I mean come on, its Janelle freaking Stalder!
This woman writes crack and i don’t think she realizes it

Alright, alright here is the scoop, we are well into the series now, so you know there will be spoilers from the previous reads but not this one

Last we left Phoenix and Trent, they were in a shit load of trouble. And these two spitfires really shouldn’t be left alone 😉 or should they, actually, yes they should, always cause *fans self*
I thought for sure that my favorite couple would never change from Tyler and Missy because well Scott, and Missy is like my type of girl, the silent strength kind, but these two omg. i loved the heat, the fire between them. The chemistry was hotter than hell.

The story will have you on the edge of your seat, shaking with anticipation

Things might finally be looking up for the crew, until they don’t you will have to read to get the specifics, but here is what i will tell you. As always Janelle creates a brilliant new story for us to lose ourselves in, the couples that form in this book, and the beginnings of others will make you BEG for the next book i know i am preparing 😉
but seriously is it a thing to sit outside an author’s house and just watch them write the book? can i do that? i will do it. Don’t doubt me.

So obviously i enjoyed the book. I really think this was perfectly paced, left readers wanting more at the right exact moments. The book was fantastic, i really cant say more than that. If you have come this far into this series you know its worth every word.

New alliances, new sort of enemies, new developments! It will definitely keep you tight in its grip until you don’t even realize you accidentally glance over to the next page and see the dreaded words: “THE END” *not like that happened to anyone or anything…. 😐 …..

I cannot wait for the next book in the series, especially that little novella that is suppose to be coming out very berry spoon too because #neeeeeddd and my hope is to see a little more extended from this one? maybe? god i need it…. okay and that concludes this review.

Read this series you won’t regret a moment of it

Silence
5 stars
I have always been intrigued by Pixie, and this novella definitely needs to be read AFTER Underground, and possibly this review…I may or may not spoil tiny things from Underground on accident only because it relates to this novella.
So like Underground i DEVOURED this like a beast, it was kinda scary. Anyways, Jesus 😉 aka  Sebastian isn’t all that he seems to be. Evil underlord of even more dastardly underground fighting ring, where only one person comes out alive?! Oh yes he seems almost bad as a Ludwig…..well if you know anything about me, you know i love Ludwig and I am utterly intrigued by his character, so it shows to be my pattern i need to know everything about this new baddie on the playing field
And ooohhh boy does Janelle deliver YET AGAIN!!!  There is so much more to this man than meets the eye, he has QUITE  few little secrets as we find out in the end of Underground. The relationship between Pixie and Sebastian *because its a sexy name and we should never shorten it* is on fire!! I thought that Phoenix and Trent were the hottest, most explosive yet but nah i was wrong. These two are ON FIRE seriously, *fans self 😉 *
This was a delightful add on story and while it doesn’t move the series much farther it does help answer questions we might have during Underground, and solidifies that Janelle has a crazy amazing way of writing this insanely unique characters. I’m so in awe of her skill, and she made me fall for the man i should hate, but we know we can’t hate him now.
And Pixie, what a treat she was. She had always been this little mysterious girl that just blew things up but i knew there was more to her story and I was soooo sooooo excited to see her story finally! Yay!!! 😀
So to wrap this up, this was a delightful add on to Underground and really helps give us a full rounded view of these books in the series and I cannot wait for the next books in the series!