There are some beings in this world, long thought to be extinct. Some seek to protect them, others want control, but some . . . some are hell bent on their destruction.

Audrey was taken from her father, hidden away from the world, and tortured for five years. She was rescued, but is she really safe, or is there someone else waiting to betray her? Can she trust those who saved her? Can she learn to accept who she really is?

Stone was on a routine mission to extract valuable information from a rival clan of paranormals. Instead, he and his team find something much more valuable: a scarred, damaged young woman who holds many secrets, and whose power is beyond anything they could ever have imagined.There is much more to Audrey than meets the eye and Stone is determined to protect her.

Audrey and Stone are about to find out it’s hard to know who to trust.

Links: (Free on all e-book retailers)

Ancient races, long thought to be extinct, are being reborn.

Elijah, a cold soul feeder, brushed fates with one such creature. The experience left him with a new awareness. He now knows can never return to the emotionless existence he had before and craves what he cannot have. Love.

Valentine’s need to help those in pain has caused her trouble repeatedly but never as much as the day she sees Elijah. His pain runs deeper than anyone she’s ever met. The intensity of the way he watches her, terrifies her, as does the fact that no one else can see him.

With a new world opening before her, Valentine must choose between hiding in the shadows of her old life and reaching within for a power that can change everything she knows.

Xavier is set to protect the dying races. As a fierce gargoyle warrior, he isn’t meant to love deeply.
Drake is the last of his kind, and survival isn’t easy.

Xavier recognizes Drake as his true mate the first time they meet. However, Drake’s tormented past has led him to the wrong woman. Xavier must do what he can to save Drake from the choices he’s made. If Drake’s resentment, fears, and stubborn denial can be overcome, they’ll have a love that could bridge the races.

This isn’t a story of redemption. This is their story.

Warning: This is an adult book. There are exploit scenes of sex, torture, and violence. This isn’t meant for readers under the age of 18. Please note this is a Male/Male Romance.

Author Note: This book takes place before and during Damaged, it can be read before, but I strongly urge that this be read AFTER Damaged. (this isn’t a gimmick or anything, the way the story is set it does do spoilers for Damaged)

Going against fey customs, Marcus left his realm millennia ago to be with his true mate. Yet, the cruel hand of fate has torn the two apart time and again. Now, with the Clans plotting for destruction or domination over the Rebirths, the hunt is on. Marcus must find her once more, unfortunately he’s not the only hunter on the prowl.

War is coming, Althea can feel it in her bones. Haunted by the memories of the yellow-eyed fey who saved her, she feels he could be the answer to saving their world. With the storm clouds of battle closing in, can Althea find the strength to come out of hiding and face her past head on? Times they are changing …

Coming Soon (To the Rebirth Series)

Colette had known all her life that she was half human and half werewolf. She had no expectations of a life filled with love and adventure.
Everything changed on her 21st birthday. A curse casted by witches centuries ago set things in motion, things she could have never imagined. A past that Colette has no clue about has come back to steal her away.
When Hunter, her destined but very unexpected mate, arrives, she is at a complete loss. She must learn to forget an old love and how to make room for a new love.
The curse is being recast and Colette must stop it in order to save the wolves, all the while finding who she really is.

This is a New Adult, there is some subject matter not suitable for those under the age of 18

Link: (note this book is only on KU) 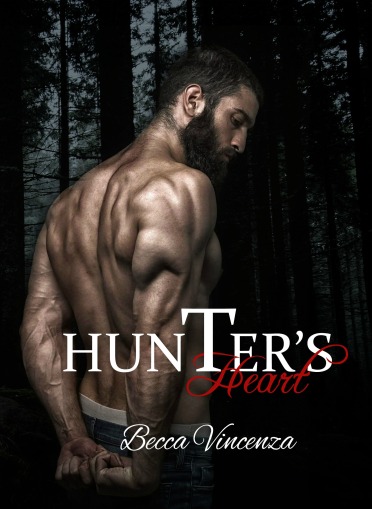 Cursed by a witch as a child, Hunter struggles daily for control over his beast. The only peace he can find is in the missions he runs as a pack enforcer. Hunting his prey helps subdue his wolf, giving Hunter a brief reprieve from his increasing animalism. Then, he scents her, his mate.

Her presence soothes his wolf but she’s keeping secrets that are pull her away. Hunter must decide if he can live with secrets and fight for the mate he’d never thought he’d have or if the curse will win.

(Please note all these will be only available on KU) 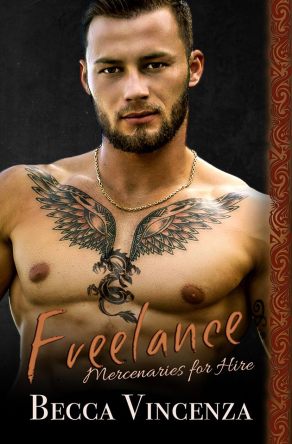 Finally free from her overprotective shifter parents, Eden is ready to discover what it means to live like a human. However, a night out at a club brings her face to face with a shifter mercenary claiming she’s his mark. The human world isn’t all she’d hoped it would be, but it will take a lot more than some hitman to make her give up her freedom and go running home.

Dominic has completed every job he’s ever accepted, gaining respect and notoriety as a mercenary. He lives by his motto: Mercs don’t ask questions; money gets any job done. When he discovers his next mark is human and his mate, he realized there might be something more important than his reputation.

All Winifred wants is a fresh start and a way to earn the money needed to pay off an old debt. But her new job at Lucky gives her more than she bargained for when she accidentally interrupts a fight. With the attention of a group of slave-trading shifters suddenly on her, she knowns she needs help. Yet, accepting help from a mercenary might be just as dangerous as the slave-traders.

Quentin gets paid for his services. Protection. Hitman. Whatever the buyer wants. But when he scents curvaceous Winifred, he knows he’s in trouble and any thought of a paid gig goes out the window. He’ll do anything it takes to keep her safe from the gang hunting her down…because no one messes with a tiger shifter’s mate.

Mazy’s been paying off a loan shark for several years with no problems. However, an attempt to help a friend lands her in a heap more trouble that’s jeopardizing everything. If she doesn’t make her next payment on time, the gang of shifter slave-traders now after her will be the least of her worries. She needs help, but the last person she wants it from is the sexy Cajun shifter who’s been getting under her skin.

Lucas has watched Mazy for a long time. Having a chance to bring her home, even under the pretense of protection is just what the mercenary needs to win her over. Only, she wants nothing to do with him. First chance she gets, she runs, and as he tracks her, he realizes she’s in more trouble than he’d first thought. Nothing will stop him from protecting his mate. Not even her.

Coming Soon to the Merc’s for Hire 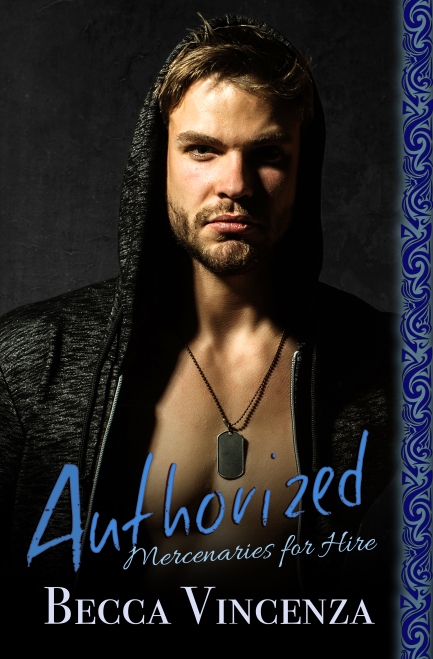 After months of being in coma, Mallory is finally awake and in more danger than ever. The loan shark who had kept her alive doesn’t want payment. He wants her as his mate. Stolen only hours after awakening, her only hope for rescue lays in a stranger’s voice, she can barely remember.

Apollo only needs to watch over the girl in the hospital bed to repay a debt. However, there’s something about her that calls to his wolf. When the girl is taken, Apollo will do anything to get her back. Sweet Mallory is his, and he isn’t letting her go without a fight.

Returning a favor has never been so rewarding.

HEA
Standalone in the Merc Series

What if a single act of rebellion had the power to change your fate?

Rowan and Abel Hayes’ birth ended a centuries-old family curse, but being a curse breaker has its drawbacks. Now they live a life full of rules.

When Rowan breaks a rule, she sets a powerful chain of events into motion that she never could’ve imagined. Abel is kidnapped, and it’s up to Rowan to save her twin. Can she rely on the aid of an old friend who once betrayed her? Or will new enemies prove too strong for her to handle?

Secrets of the Dead (Curse Breakers 2) 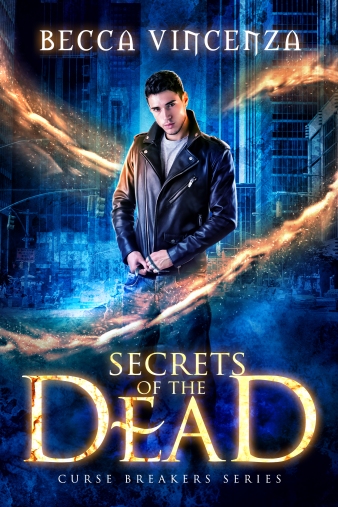 Leaving my hometown for the first time, I escape to the big city, searching for answers. There, I discover secrets lurking in every shadow. And my family has a lot more to answer to than I originally thought. But I will do anything to keep Rowan safe.